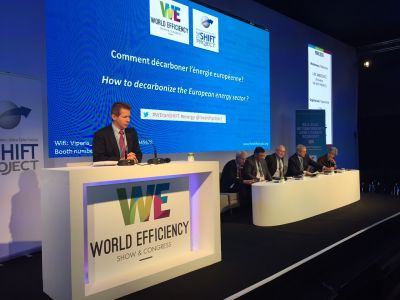 On October 15th at World Efficiency, The Shift Project brought together the leaders of Total, Areva, EDF and E.ON Renewables, as well as a representative of the European Commission for a plenary session on the european energy sector. With Jean-Marc Jancovici, president of The Shift Project, as moderator, the session gave way to an enriching debate.