The Shift Project is happy to present its new report: « Natural gas: what supply risks for the European Union? ». 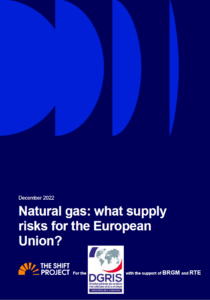 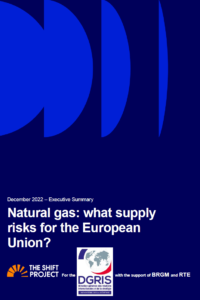 The EU could face a chronic shortage of natural gas

The European Union is at risk of enduring a situation of permanent and severe competition between natural gas importing countries, or even a chronic shortage of liquefied natural liquid gas (LNG) on the global market at short, mid and long term.

This results from the highly unpredictable future of Russian import contracts. It is also a by-product of two decades of a declining gas production in Western Europe, as well as the equally long-standing delay in implementing climate targets aiming at fossil fuel substitution.

Europe currently faces a dilemma: it may either transform its economic system to make it more energy- and material-efficient, or remain highly vulnerable to the geopolitical and environmental evolution of the continent. Such is the conclusion of our risk analysis report, conducted by the Shift Project, under the supervision of the Ministry of Armed Forces, with the support of the French Electricity Transmission Network company (RTE, Réseau de transport d’électricité) and the French Geological Survey (BRGM, Bureau de recherches géologiques et minières).

A structural vulnerability exacerbated by the Ukrainian crisis

Should the volumes contracted with Russia fail to be delivered, the proportion of unidentified supplies would reach 40% of the EU demand by 2025 as expected by Rystad. 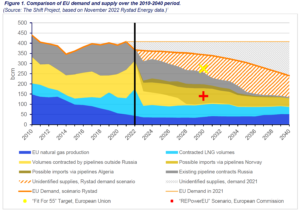 If the EU members successfully meet their climate commitments pledged under the “Fit for 55” plan, they may significantly reduce their exposure to a partial or total default of Russian supply.

It is a source of concern that fierce supply competition in the LNG market will develop between Western Europe and East Asia, between these two regions and importing developing countries, and finally within the European Union itself. Competition for supplies between importing countries is already very sharp, hurting some vulnerable economies in South Asia and Europe.

The coverage by ongoing long-term contracts of expected future demand appears to be significantly better for China than for the EU.

A comparison between our estimate of unidentified global supply volumes (EU and non-EU) and future LNG export volumes available for contracting reveals a highly uncertain situation on the global LNG market by 2025, followed by a potential significant mismatch between available supply and currently anticipated demand.

In the event of a sustained shutdown of Russian supplies, global LNG demand is likely to experience endemic and severe supply shortfalls.

Considering the combination of major risks and uncertainties that mark our current hazardous situation, a shift towards an energy- and material-efficient economy, along with the systematic though inevitably constrained development of competitive low-carbon energy sources, represents a crucial challenge for the European Union. 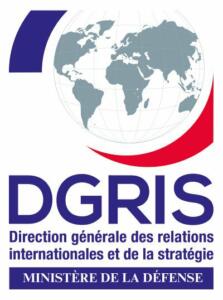 The Shift Project wants to thank all the expert advisors who provided the authors with helpful insights, including Olivier Rech, Marc Blaizot, Maxence Cordiez, Maxime Gerardin and Thomas Pellerin-Carlin.

The content, conclusions and views expressed in this report are only those of The Shift Project.