European Central Bank (ECB) President Mario Draghi, followed by his Japanese counterpart Haruhiko Kuroda, has said there are no limits to his monetary interventions (“Within our mandate we have no limits on the choice of policy tools or the way to employ it (…)”). 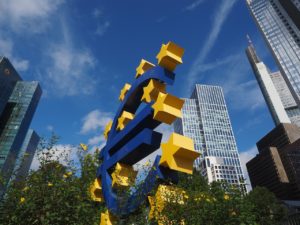 Since financial deregulation in the 1980s, central banks have consistently claimed that their market interventions are neutral. Under this doctrine of neutrality, the task of selecting “sound” projects was initially delegated to commercial banks through the granting of loans.

Today the situation is completely different. Under the rather jargonish concept of “macroprudential” regulation, central bank interventions have implicitly, and sometimes even explicitly, targeted this or that sector of the economy. For 35 years this interventionist approach has helped to support property markets through orchestrated interest rate reductions, each one making the next generation of buyers creditworthy. Since the 2008 crisis, this interventionism has been obvious and targeted: at the property markets, through QE in the USA; at businesses, through the Funding for Lending Scheme in the United Kingdom; and at the “real economy”, through the ECB’s TLTRO. In mid-2015 the ECB even started purchasing European “public-sector agencies” securities.

But the ECB President’s recent decision to extend the organisation’s scope to the vast corporate bond market calls for the involvement of the EU’s legislator and citizens.  We are talking about investment of EUR 5 billion per month, the conditions of which are shortly to be determined. Democratic control of this financial asset management could be even more critical if the ECB ends up following the Japanese example and buying shares on a large scale.

That the democratically elected European Parliament has not commented on the purchase of sovereign bonds for EUR 60 billion per month since March 2015 is understandable, although given the sums at stake it should probably gauge the sustainability and compatibility of this financial white elephant with the Maastricht commitments. But the ECB’s latest announcement changes the field of play, as it concerns the investment of public funds in private companies.

Even if European financial institutions are not democratically taken to task, they are facing an identity crisis. On the one hand, the ECB can claim that its mission is to stimulate all economic sectors of the eurozone by remaining “neutral”; on the other, this would be to ignore that the EU has adopted proactive and democratically approved energy and climate transition policies, which entail difficult but pivotal decisions for the shift towards a low-carbon economy. In France, since 2015, the financial sector has been bound under the Energy Transition Act to devise and implement a targeted low-carbon investment strategy. An international working group tasked by the Financial Stability Board (FSB, a federation for major central banks) is also due to produce a set of recommendations by the end of the year which will probably give rise to further regulations.

The sky (and its atmosphere) is the limit

The carbon epidemic is spreading, with the inexorable and apparently limitless rise of the much-cited atmospheric CO2 ratio. The planet was struck by a series of highest temperatures on records this winter. Just before COP21 and the Paris Agreement, this epidemic affected the financial sector and its regulators, a fact testified to by Bank of England Governor Mark Carney and his now infamous speech to Lloyds. FSB climate risk analyses and recommendations had an impact in 2015, perhaps not on quite the same scale asLaudato si’, but nonetheless big enough to echo through the financial sector.

A model regulation has been in force in France since 2015. And all signs are pointing towards the emergence of new financial regulations in the next few months, to orientate investment and credit to a low-carbon economy in Europe.

So do these targeted regulations not concern our central banks?

For the ECB, basing the “neutrality” of its future bond purchases on the selection of “sound” companies according to the only risk rating reference produced by the major ratings agencies would be stretching the concept of that neutrality. Europe has a specialised structure of independent expertise for selecting “sound” projects under the Juncker Plan, with the EIB and in accordance with a roadmap integrating key European decisions.

If taking into account energy and climate challenges is genuinely one of the EU’s major policies, it is time we recognised the duality of our central bankers and subjected their actions to long-term governance.

Your limit, Mr Draghi, is that most valuable common asset which we call the atmosphere.