An analysis based on exclusive data, conducted by the think tank The Shift Project, suggests that most of current oil supply sources to the European Union may decline by 2030. One more reason for ambitious decarbonation policies.

From 2019 to 2030, the total volume produced by the EU’s current oil providers is likely to shrink by up to nearly 8% 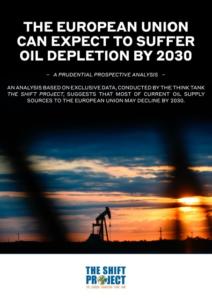 The likely decline, by 2030, in the production capacity of those countries that currently supply more than half of the oil consumed by the European Union (EU) could lead to severe constraints on EU supplies.

From 2019 to 2030, the total volume produced by the EU’s current oil providers is likely to shrink by up to nearly 8%, according to an analysis featuring a level of detail unavailable sofar in any public study; the report is mostly based on estimates of future global crude oil production capacity provided by a Norwegian market intelligence agency, Rystad Energy.

The highest potential rates of this decline would exceed the decline rate of oil consumption in the European Union since 2010 (notwithstanding, the EU currently imports more crude oil than China or the United States).

A declining production for Russia, former USSR countries and Africa, which represent 50% of EU’s oil supply

The combined production of Russia and all former USSR countries, which together account for more than 40% of the EU’s oil supply, seems to have entered a systematic decline in 2019. Africa’s oil production (more than 10% of EU supplies) appears set to decline at least until 2030.

The production growth expected by Rystad is highly dependent on the development of new oil prospects whose technical and economic potential remains to be assessed, or on hypothetical future discoveries. As a result, a significant share of the expected growth trends is more uncertain than the expected decline, which is induced by the well-known and precisely measured evolution of existing “mature” production.

While severe constraints on global oil production are likely to affect directly or indirectly the EU over the coming decade, such shrinkage seems unavoidable beyond 2030.

Global warming and “peak oil” are in no way exclusive: here are two natural hazards that pile up on each other

However, such constraints will not allow us to thwart global warming. Global warming and “peak oil” are in no way exclusive: here are two natural hazards that pile up on each other.

As a result, peak oil is an additional compelling reason for designing a world without oil, and stop relying on global economic growth, which remains so far largely correlated with oil consumption.

“Peak oil” is a major yet largely undocumented issue that has not yet received the attention it deserves. 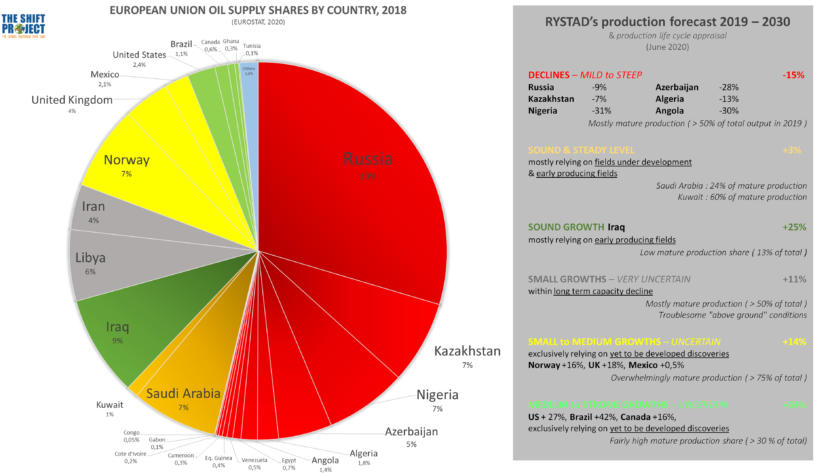 This figure summarizes the extrapolation, over the 2019 – 2030 period, of the future production profiles of the main EU supplier countries expected by Rystad Energy, classified along the categories presented in the previous section, based on the weight of each country in EU supplies in 2018. It shows that more than half of the EU’s supply sources in 2018 are expected to experience a production decline between 2019 and 2030. 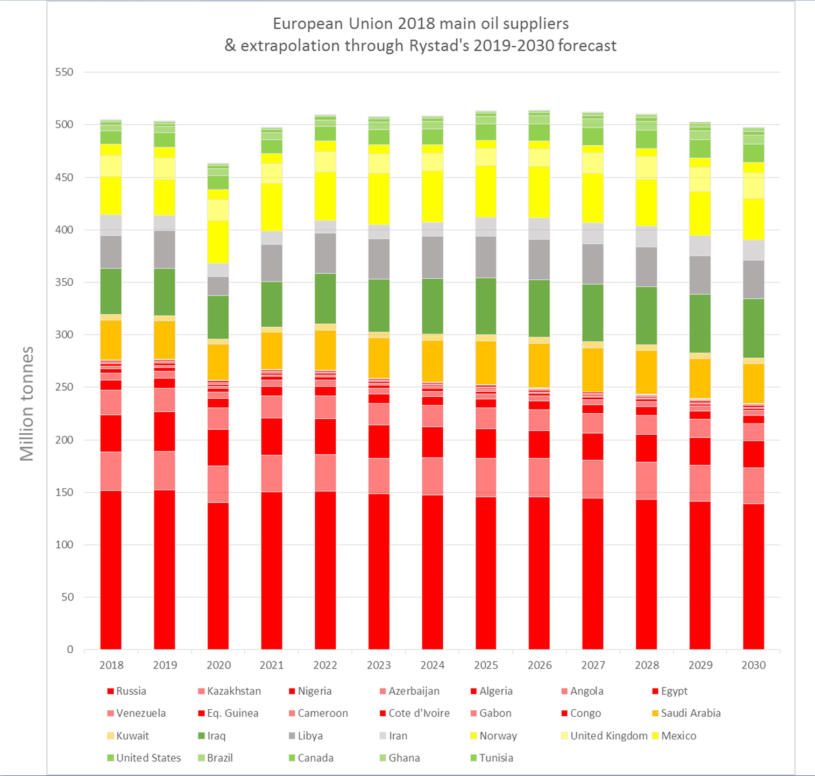 This fugure details the year-by-year evolution of the production profiles of each of the main EU supplier countries, weighted on the basis of their contribution to supply in 2018. 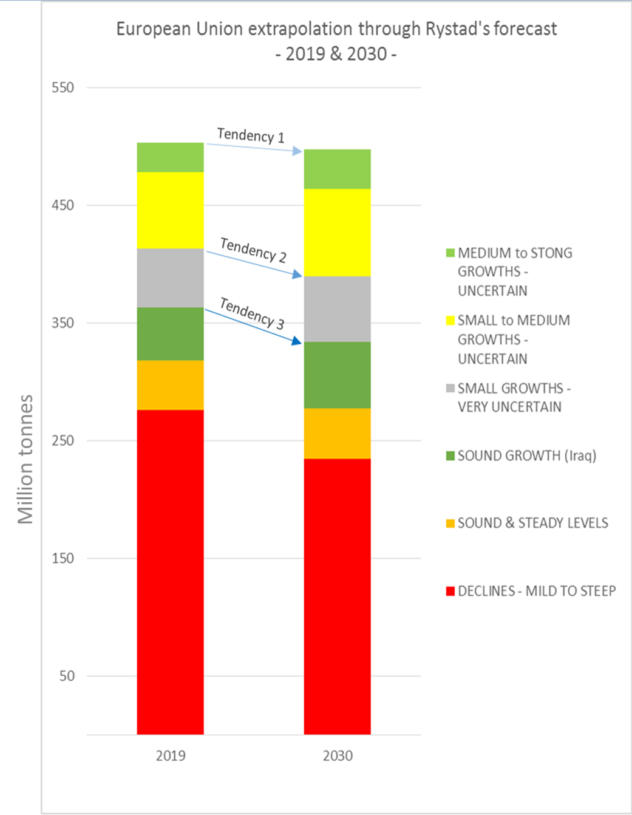