Beyond GDP as a key indicator: the Shift’s analysis and recommendations

The Shift Project has just launched a report on GDP, which sets out to create a breakdown of the various GDP ‘usages’. Through this original approach, the Shift sheds light on the reasons why GDP is not the most adequate indicator for political and economic decision-making – in part because it doesn’t take into account the finite aspect of natural resources. The recommendations listed in the report were presented on May 13 during a conference and round table organized by the Shift.

The conference can be viewed (in French) online on our YouTube page: Conférence usages PIB

The final report is available in French as a pdf document: Rapport final (PDF)

The executive summary is available in French as a pdf document: Résumé aux décideurs (PDF) 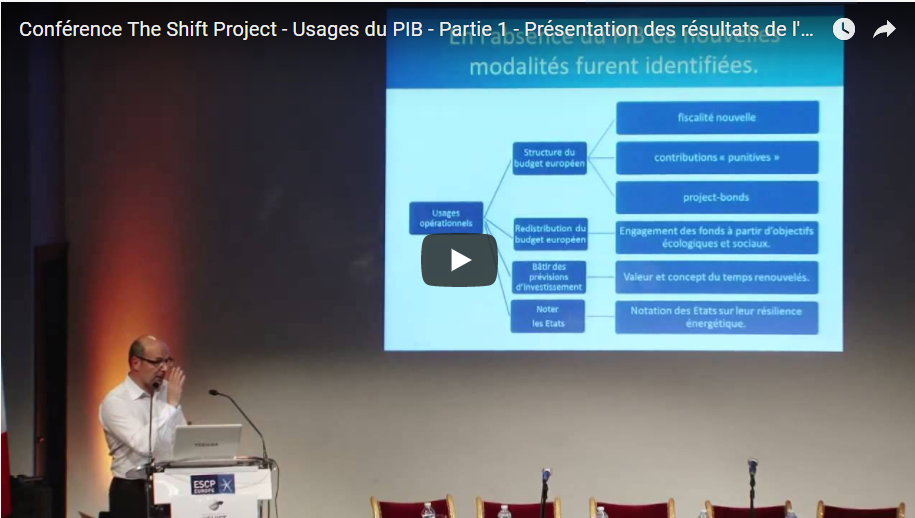 Please email communication(a)theshiftproject.org for all inquiries.