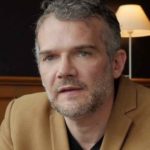 Matthieu Auzanneau was appointed Director of the think tank The Shift Project on October 1st 2016. He replaces Cédric Ringenbach, who will now be dedicating his expertise on climate and energy transition issues to teaching.

Since its creation, and for the past six years with Cédric Ringenbach as its director, The Shift Project has received the support of 15 large companies, completed 18 research projects, participated in the creation of two international events (Business and Climate Summit, World Efficiency), organised 45 seminars, forums, workshops and conferences. We are proud of the significant influence we have had on several important political decisions of the energy transition, in France as well as in the European Union. The Shift Project owes a lot of these successes to Cédric Ringenbach’s hard work.

Matthieu Auzanneau joined The Shift Project‘s team in 2014 as a Public Affairs Manager, after over ten years of journalism at the crossroads between economics and ecology (Le Monde, Arte, etc). In 2010, he became a guest blogger of the newspaper Le Monde, with the blog “Oil Man, Chronicles of the beginning of the end of oil”. He published “Or noir” in 2015 (Editions La Découverte). His book on the History of oil, unanimously praised by the press, shows how energy abundance transformed human experience, and sheds light on the crucial issues of the future: energy transition, climate, limits to growth, etc. In 2016, he contributed to the publication “State of the World 2017”, under the direction of Bertrand Badie (Editions La Découverte), with a chapter entitled “No power without energy: is ‘green growth’ an oxymoron?”.

Matthieu Auzanneau replaces Cédric Ringenbach at a decisive moment in the energy transition. Are we really ready for the challenge of the Paris Agreement? In the context of the 2017 general elections in France and Germany, The Shift Project is about to promote an ambitious initiative with the aim of making climate change a big part of the political debate.