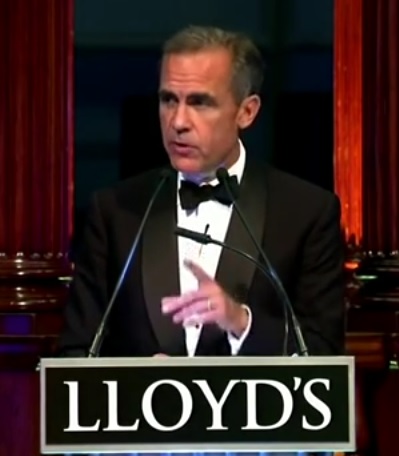 M. Carney, Chairman of the Financial Stability Board (the very respectable G20 international institution) says out loud what global finance managers think out loud. And there he is, strongly criticized for his unambiguous words on « stranded assets », which could be devalued if the carbon budget available under a +2°C limit, according to the IPCC, was respected.

In other economic sectors which are vital for the climate and energy transition, disagreements on the role of public authorities are rising at the eve of the COP21. The gap between European oil producers (Shell, Total) and their American counterparts (Exxon) is widening, with the former calling for a carbon price, and the latter firmly opposed to any public intervention.

But Carney goes further in his historical speech : « While the insurance industry is well placed to adapt to a changing climate in the short-term, their response could pose wider issues for society, including whether to nationalise risk. ». Carney is Governor of the Bank of England and comes from Canada: two countries where climate change is visible.

Question: outside of Mars, could a finance regulator not be interested in climate change ?

Michel Lepetit, Vice-chair and Treasurer of The Shift Project.