Saving the climate: time is of the essence!

Giving ourselves a chance to limit global warming to +2°C implies that global greenhouse gas emissions must be reduced by a yearly 5% starting from 2018. Delaying action any further, means making this already significant challenge virtually impossible to meet. If we wait for 2025, for example, the pace of emissions reductions would have to reach no less than 10% per year*. Unrealistic: this equates to halving global emissions over a period of 7 years, as is set out in a briefing paper published by think tank The Shift Project in the wake of COP22.

Waiting another 10 years before taking action means giving up on saving the climate! It is delusional to hope to sustainably transform 10% of our economy each year.

The boundary between “it still is possible” and “it has become completely unachievable” is fundamentally linked to our actions and our decisions in the three years to come. Every year that goes by without a successful reduction in our emissions is making the +2°C objective increasingly unreachable. To leave it until 2025 before deciding on more ambitious national objectives than those presented during COP21 would sign the Paris Agreement’s own death warrant. Humanity is in a race against the clock. Therefore it is crucial that we start on time…

Without a massive and rapid engagement to reduce emissions, the Paris Agreement is at risk of falling from grace and to be remembered as a symbol of collective blindness.

Let’s invent the post-carbon world as of today! The year 2017 must be – starting with Europe – the beginning of a profound worldwide transformation movement. Emissions from EU countries have increased by 1,4% in 2015  when they have fallen by 0,7% in China and 2,6% in the US*. We have no other choice but to commit without further delay to a drastic reduction of greenhouse gases. We have nothing to loose but everything to gain. 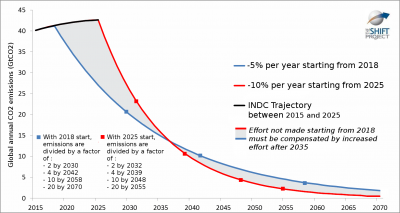 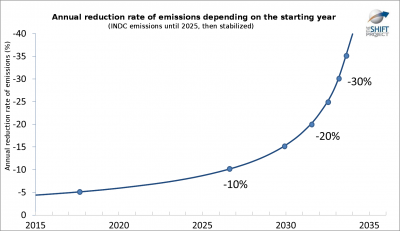 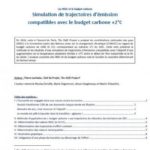