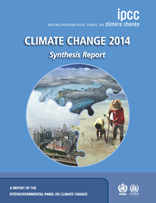 With 6 months to go until the COP 21, The Shift Project is surprised to see that several documents issued by the IPCC have not been translated into French.

The IPCC does not participate directly in negotiations. However, states and negotiators draw on IPCC reports. Indeed, these documents put on the table available options and possible future scenarios.

Among other things, they analyze the negotiation process and its historical bottlenecks. They identify the co-benefits and adverse side-effects of climate policies. They take stock of the States’ past commitments and their consequences. They provide insights into international politics, ethics and fairness. They highlight the unavoidable and scientifically objective nature of the need for North-South transfers. Finally, they evaluate the height of the distribution of the effort, as well as the costs of the action, and those of the inaction.

The French language is spoken fluently in nearly 60 states and the official language of 13 of them. It is also the official language of the UN, and hence of the IPCC. This lack of translation is an obstacle for any French-speaking country that does not have a large pool of English-speaking national negotiators and / or a large budget. Similarly, it makes it more costly for Francophone civil society to appropriate and use these reports.